Zagreb, 22 March 2019 – On 25 March, Croatian Post will put the Croatian Sport – Luka Modrić commemorative postage stamp edition into circulation. In addition to winning a plethora of prestigious professional awards, the most decorated captain of the Croatian national football team has also earned this rare recognition by virtue of his hard work and dedication.
The postage stamp honouring Luka has been printed in a quantity of 300,000 and the face value of the stamp is 10.00 HRK. Alenka Lalić, a designer from Zagreb, modified Drago Sopta's photograph for this edition. The stamp has been issued in a 9-stamp sheetlet with one label and Croatian Post has issued a commemorative First Day Cover (FDC).
The Croatian national football team, with Luka Modrić at the helm, made football history at the World Cup held in June and July of 2018. Second place in the world – only France was better. What he had missed, Modrić won in Russia. The judges made it clear: the Croatian captain was the best player of the 21st World Cup. On 24 September, fifteen days after he turned 33, FIFA named Modrić the World Player of the Year, according to the national team captains, managers, media representatives and fans. On 3 December in Paris, Modrić received the Golden Ball, the traditional Ballon d’Or, which marked the 63rd time that the best player in the world was given this award by France Football. Before Modrić, no other player has ever been pronounced the best player of the World Cup and awarded all the FIFA, UEFA and France Football trophies in the same year. Only Modrić has received this honour.
Over the course of his prolific club career, Luka Modrić has won a total of 20 trophies and has lifted the trophy of the world's most coveted club competition - the Champions League - four times. 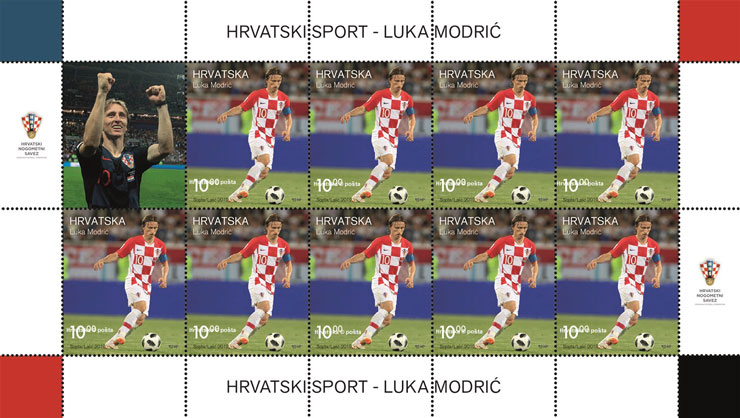