Postage stamps that you can hear 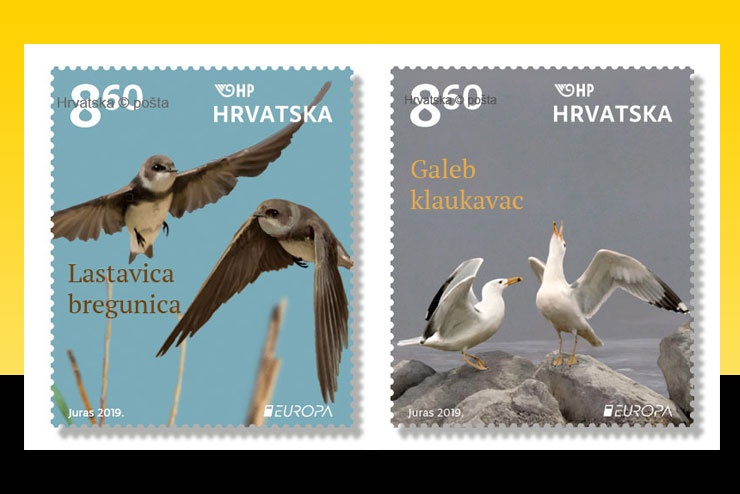 Zagreb, 7 May 2019 – On 9 May, Croatian Post will put commemorative postage stamps from the “Europa” set into circulation. This year's set of stamps issued by all European postal operators has birds as the theme, with the sand martin and yellow-legged gull used as motifs on the Croatian stamps. However, these stamps are unique because you can hear them. Download the free Cee App (Google Play, App Store) to your mobile phone. Used the downloaded app to scan the stamps and listen to the sounds of the yellow-legged gull and sand martin. This postage stamp edition was designed by Luka Juras, a designer from Zagreb and the face value of each stamp is 8.60 HRK. The stamps have been issued in 20-stamp sheets and in a quantity of 300,000 per motif. Croatian Post has also issued a First Day Cover (FDC).

Its scientific name, Riparia riparia, means “of the river bank” and refers to its nesting habitat. The sand martin is a colonial bird species and many birds nest at the same site. They choose steep riverbanks covered in pebbles or sand and dig horizontal burrows at a height where they cannot be reached by the water. In appearance, the sand martin can be reminiscent of a more well-known bird species: the barn swallow (Hirundo rustica). The sand martin has brown wings and back, while its abdomen is white. While sand martins are on the wing, their twittering is continuous and they remain “chatty” even as they briefly rest in their roost. The sand martin is a migratory species that winters in Africa, in Sub-Saharan areas and along the east coast, all the way to its southernmost point. It can be found near open waterside areas, as well as in wetlands near the Mura, Drava, Sava, Danube and Neretva Rivers. It is an endangered species and the loss of wetland habitats is the main reason behind its dwindling numbers. Listen to the sound of the sand martin

There are more than 50 gull species around the world, but the yellow-legged gull (Larus michahellis) nests in Croatia. The yellow-legged gull is characterized by its yellow legs, grey back and wings with darker tips on the primary flight feathers. It feeds on fish, crustaceans, shellfish and occasionally even carcasses. In order to feed, it enters inhabited areas and travels deeper into the Croatian mainland to visit landfill sites, where it has also been known to gather in larger numbers. The yellow-legged gull is a resident species that stays close to its nesting site throughout the year. However, young gulls can take part in dispersive migrations outside the Adriatic area, moving inland to visit fresh water areas, and some have even been known to migrate to the coasts of northern Europe, from where they returned to the Adriatic. Listen to the sound of the yellow-legged gull 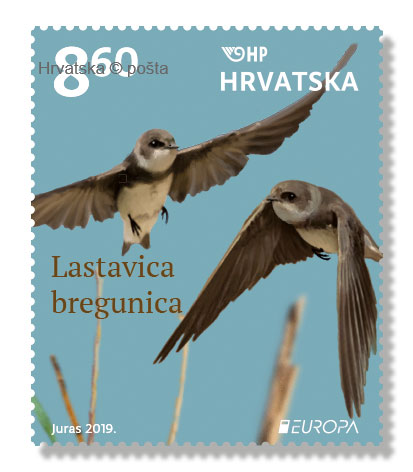 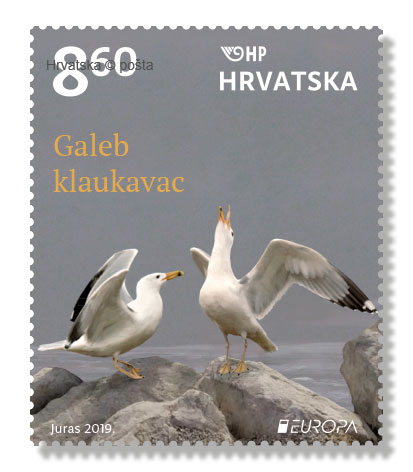 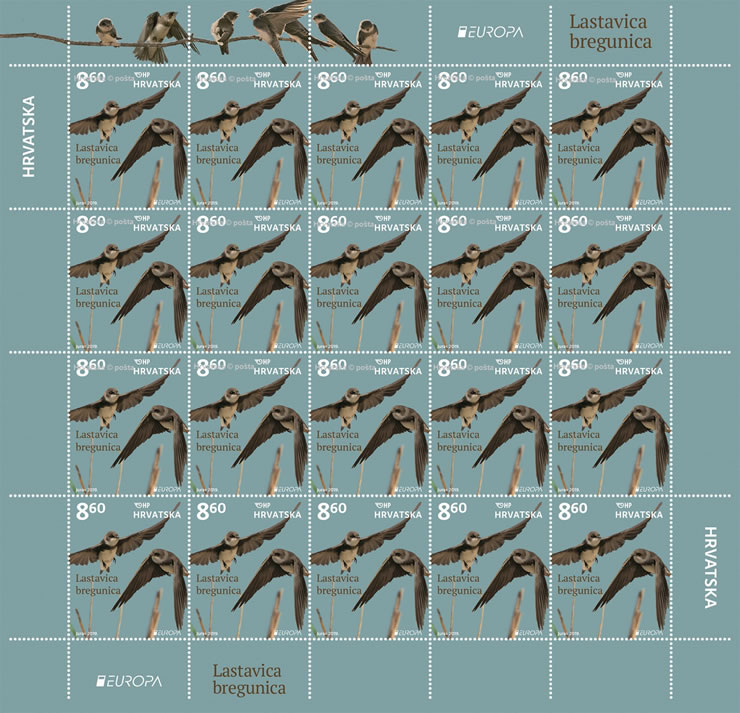 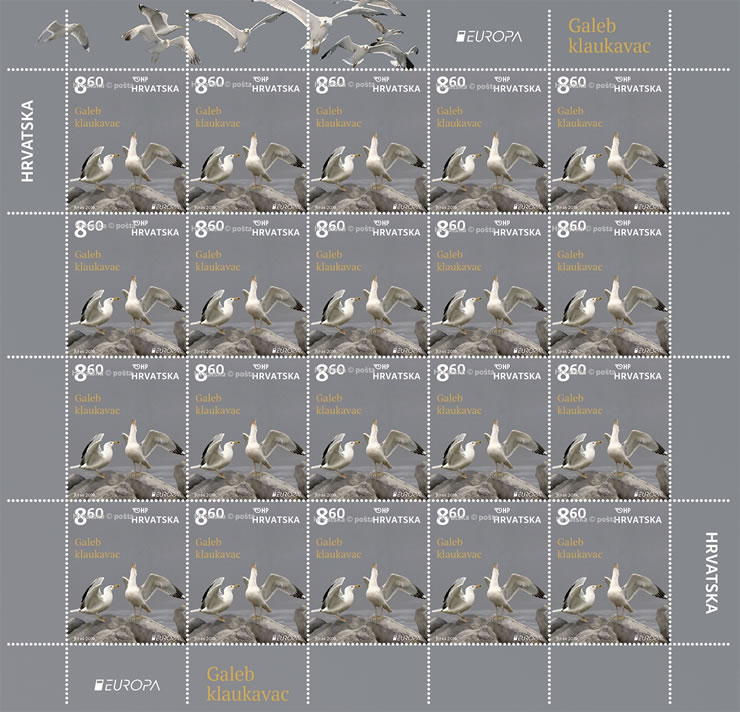