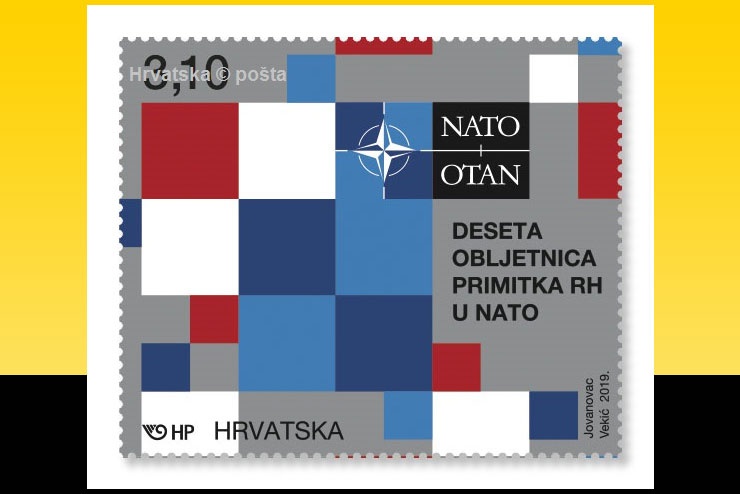 A commemorative postage stamp has been issued to mark the anniversary

Zagreb, 29 March 2019 – On 1 April, Croatian Post will put a commemorative postage stamp in circulation, marking the 10th anniversary of the Republic of Croatia's accession to NATO. This anniversary edition has been designed by Marko Jovanovac and Ante Vekić and the postage stamp has been printed in a quantity of 100,000. The motif of the commemorative edition of the 10th Anniversary of the Republic of Croatia's Accession to NATO is a stylised combination of NATO's logo and the Croatian checkerboard. This stamp has been issued in a 6-stamp sheetlet and has a face value of 3.10 HRK. Croatian Post has also issued a First Day Cover (FDC).
The Republic of Croatia became a NATO member by depositing its ratification document on 1 April 2009. This newly attained status allowed it to participate in the NATO summit that took place on 3 and 4 April 2009 in Strasbourg and Kehl. The Croatian flag was raised in front of the NATO headquarters in Brussels on 7 April 2009.
Over the past ten years, Croatia has proved itself a devoted and reliable NATO member. Its membership in the Organization has strengthened its international position in security, political, economic and geopolitical terms. It has been taking an active role in NATO's collective decision-making system, so the Organization’s unanimous decisions also reflect Croatia's national stances, priorities and interests.
Institutional relations between the Republic of Croatia and NATO can be traced back to May 2000, when the Republic of Croatia entered NATO's Partnership for Peace (PfP) programme. The Republic of Croatia received an invitation to join NATO in April 2008, during the NATO summit in Bucharest. Short accession talks were followed by the signing of the Accession Protocol on 9 July 2008 in Brussels, which was then ratified by the parliaments of the NATO member states. 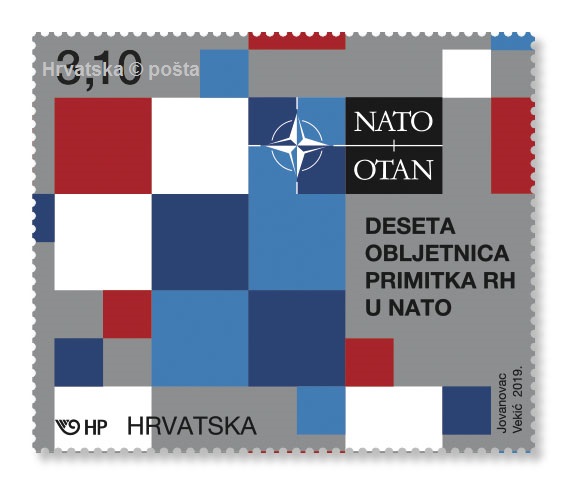 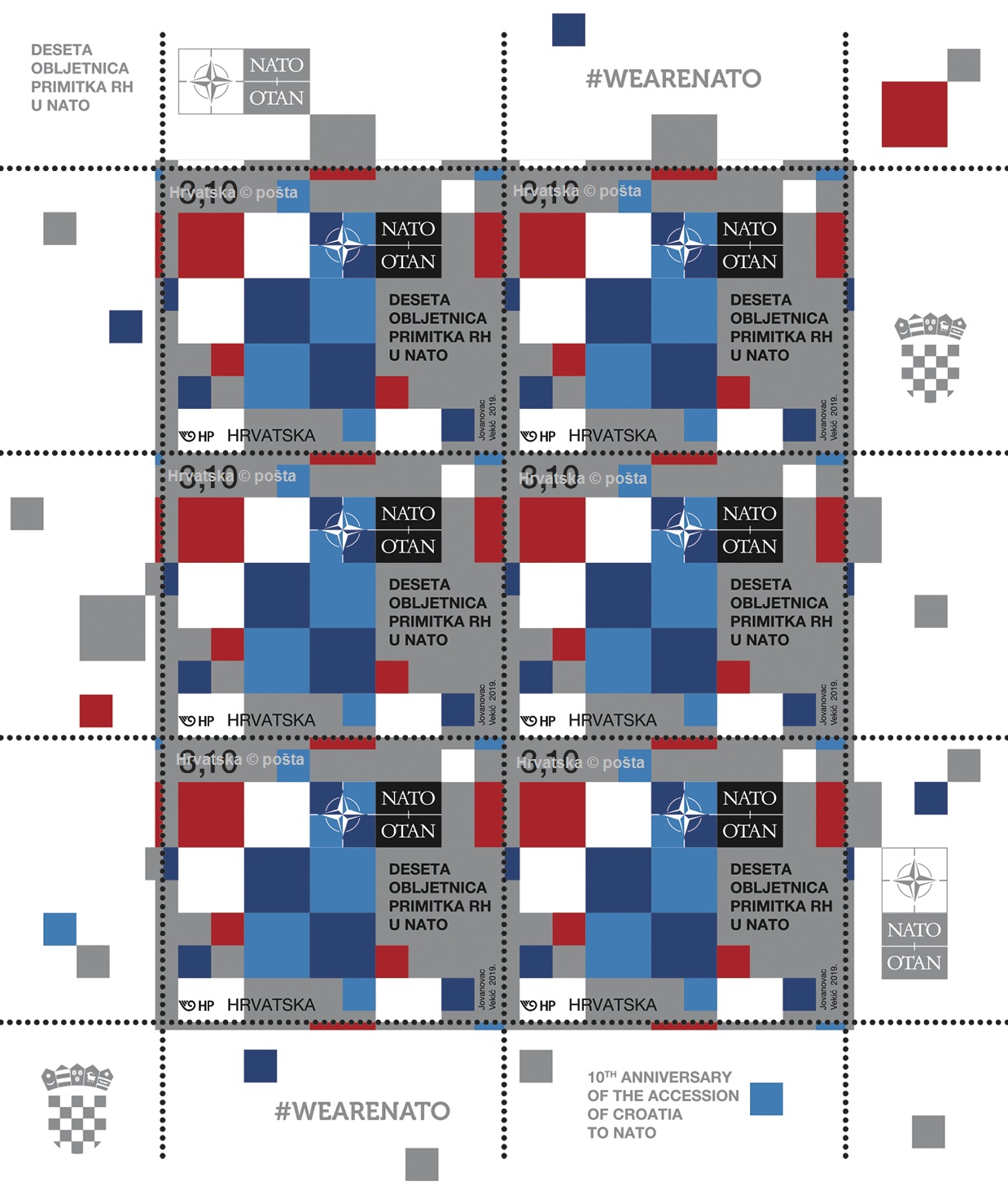 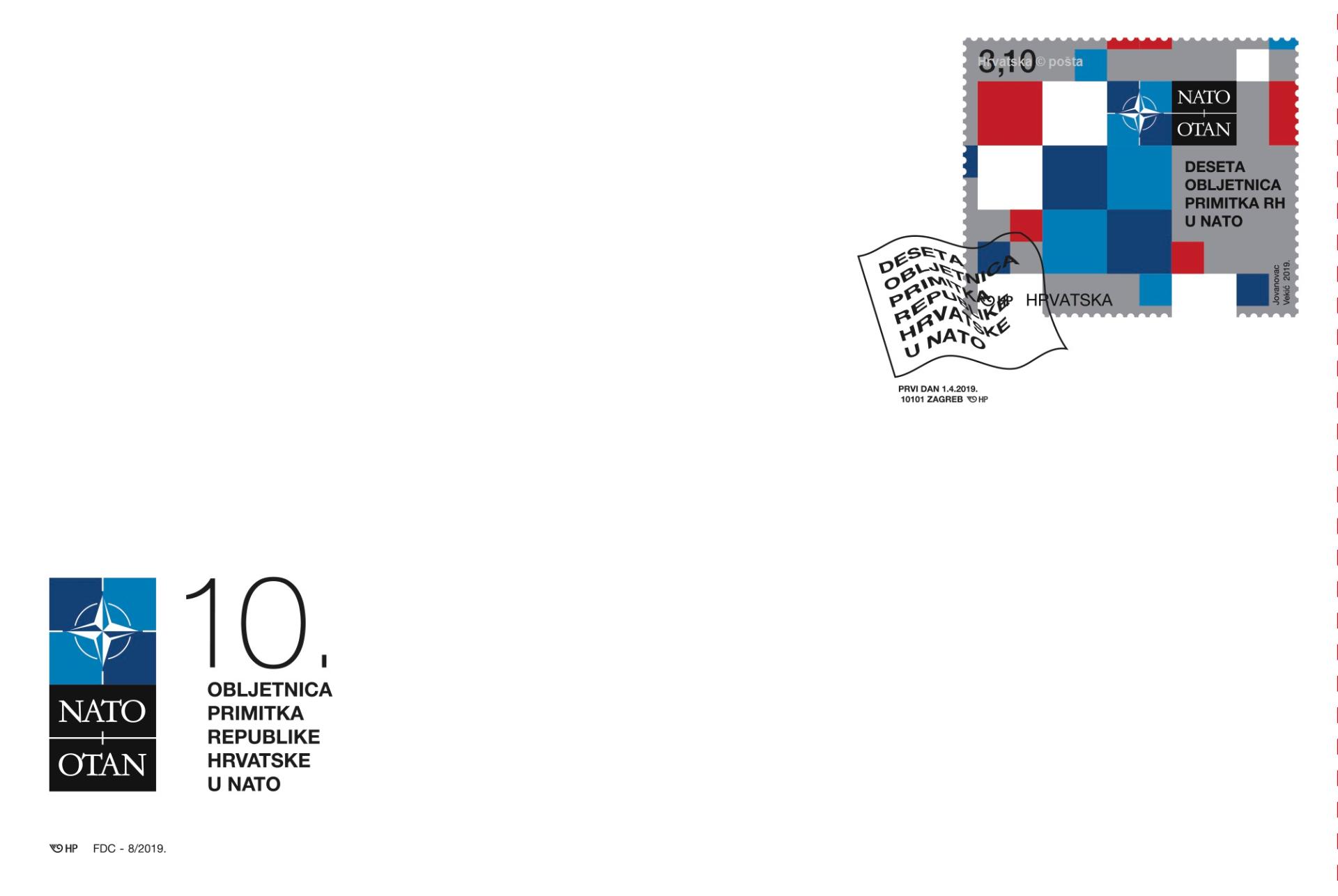